By Toronto News on June 16, 2020Comments Off on Air force to return Cyclone choppers to service 'within the coming days' 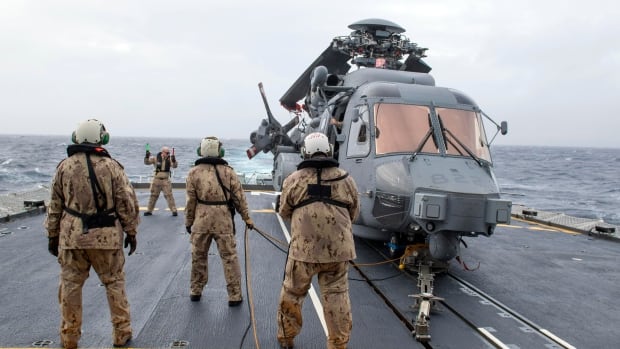 The Canadian air force has mapped out a plan to return its maritime helicopter fleet to service after narrowing down the possible causes of a fatal crash off the coast Greece earlier this spring — an accident that claimed the lives of six military members.

The CH-148 Cyclones will begin flying again “within the coming days,” but their return to service comes with flight restrictions.

“I assure you the decision was not taken lightly,” said Lt.-Gen. Alain Pelletier, commander of the 1st Canadian Air Division.

A preliminary flight safety report released last week said the helicopter “did not respond as the crew expected” before it crashed in the Ionian Sea within sight of HMCS Fredericton.

The investigation is looking at what the military calls “aircraft systems and human factors” for possible causes.

Since it was flying at a low altitude, the helicopter was unable to recover and hit the ocean at high speed.

An analysis of the flight data recorders has allowed investigators to rule out mechanical failure.

The investigation is looking at the flight control system, which is a high-tech “fly-by-wire” system.

At the time of the crash, the pilot was flying the helicopter in a computer-assisted mode and punched in two commands that appeared to be outside of its programming.

Pellietier said training will be updated to safely allow the fleet to return to operations.

The Cyclone, a reasonably new helicopter, has been grounded (or placed on “operational pause,” according to the military jargon) since the April 29 accident.

Watch | The military’s long quest to replace its maritime helicopters

The Canadian military’s last ship-borne choppers lasted over half a century. But a false start on replacing the Sea Kings meant it took 25 years to acquire their replacements — the Cyclone CH-148s, which are now facing questions after a fatal crash. 7:43

The Canadian military, with the help of a U.S. Navy underwater salvage drone, was able to spot the wreckage in over 3,000 metres of water and recover selected pieces of the aircraft as well as some remains.

In the immediate aftermath of the crash, the body of Sub-Lt. Abbigail Cowbrough and the partial remains of pilot Capt. Brenden Ian MacDonald were recovered and identified.