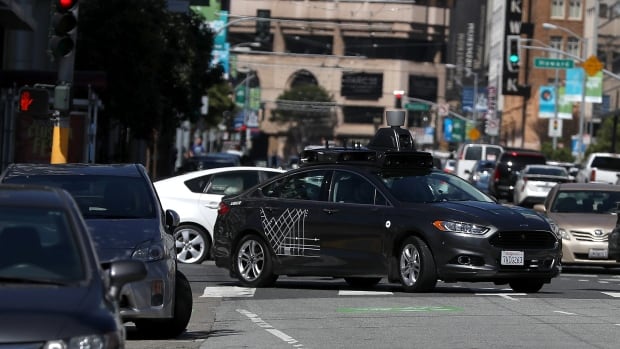 The backup Uber driver involved in the first self-driving vehicle fatality has been charged with negligent homicide for being distracted in the moments before fatally striking a woman in suburban Phoenix.

Maricopa County Attorney Allister Adel’s office said on Tuesday that Rafaela Vasquez was charged on Aug. 27 in the 2018 crash in Tempe that killed 49-year-old Elaine Herzberg. She pleaded not guilty during a hearing on Tuesday. Her attorney did not immediately respond to an inquiry from The Associated Press.

Prosecutors declined in March 2019 to file criminal charges against Uber, as a corporation, in Herzberg’s death.

Vasquez, 46, told investigators that she didn’t use her cellphones before the crash.

But the National Transportation Safety Board concluded Vasquez’s failure to monitor the road as she watched the television show The Voice on her phone was the main cause of the crash.

The contributing factors cited by the board included Uber’s inadequate safety procedures and ineffective oversight of its drivers, Herzberg’s decision to cross the street outside of a crosswalk, and the Arizona Department of Transportation’s insufficient oversight of autonomous vehicle testing.

The board also concluded Uber’s de-activation of its automatic emergency braking system increased the risks associated with testing automated vehicles on public roads. Instead of the system, Uber relied on the human backup driver to intervene.

The Uber system detected Herzberg 5.6 seconds before the crash. But it failed to determine whether she was a bicyclist, pedestrian or unknown object, or that she was headed into the vehicle’s path, the board said.

The death reverberated throughout the auto industry and Silicon Valley and forced other companies to slow what had been a fast march toward autonomous ride-hailing services on public roads.

Uber pulled its self-driving cars out of Arizona the day before the NTSB issued a preliminary report on the crash, eliminating the jobs of about 300 people who served as backup drivers and performed other jobs connected to the vehicles.

Gov. Doug Ducey prohibited Uber from continuing its tests of self-driving cars after Herzberg was run over.

Jesse Hirsh, president, Metaviews, on whether Uber’s quest for a self-driving future may have sustained damage after collision 6:55

A toxicology report showed that Herzberg tested positive for methamphetamine.

Vasquez had previously spent more than four years in prison for two felony convictions — making false statements when obtaining unemployment benefits and attempted armed robbery — before starting work as an Uber driver, according to court records.

Vasquez’s first name was listed on a driver’s licence as Rafael, but police say Vasquez identifies as a woman and goes by the first name of Rafaela.

The decision not to criminally charge Uber in Herzberg’s death was made by Yavapai County Attorney Sheila Polk, whose officer handled the case after the prosecutor’s office in metro Phoenix cited a potential conflict of interest for having previously participated in a public-safety campaign with Uber.

The case was returned to prosecutors in metro Phoenix after the decision not to charge Uber had eliminated the conflict of interest.