By Toronto News on June 7, 2020Comments Off on From Do the Right Thing to Let the Fire Burn — what to watch to make sense of this week 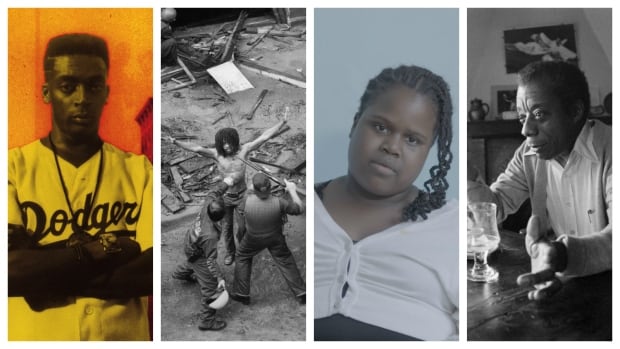 Amid protests across the U.S., Canada and abroad over the killing of George Floyd in Minneapolis, Minn., people are trying to come to terms with the systemic inequality affecting black people, while looking to educate themselves on the history of anti-black racism.

If you’re looking for a place to start, or simply want to pause and reflect, here are some films to add insight and context.

Do the Right Thing

Where to watch: For rent on Apple TV, Google Play; for free from Cineplex.

When it exploded onto screens in 1989, Spike Lee’s fourth film was seen by some critics as dangerous and irresponsible. The setting is a block in Brooklyn, wilting on the hottest day of the year. Your guide is Mookie, Spike Lee as a pizza delivery guy, who works for Sal (Danny Aiello). When Sal refuses to add black icons to the Italian-Americans on his wall of fame, a boycott begins. By the end there is broken glass, ash and a black man lies dead.

This summer marks the 30th anniversary of the release of Spike Lee’s “Do The Right Thing.” Lee was in Toronto for a screening of the film at the TIFF Lightbox Theatre. We spoke to Rinaldo Walcott, a Professor of women and gender studies at the University of Toronto about what themes from the film resonate in 2019. 11:40

The power of Do the Right Thing is how it poses the question: What’s the right response to injustice? Lee takes his time letting the pressure build, weaving through a multitude of voices, but leaves it to us to sift through the wreckage, looking for answers.

If Do The Right Thing wasn’t prescient enough, earlier this week Lee released a new short film, tying together the deaths of Eric Garner, George Floyd and his character Radio Raheem, titled Will History Stop Repeating Itself?

Where to watch: Netflix; for rent on Apple TV, Google Play; for free from Cineplex.

Kathryn Bigelow examines an infamous case of police brutality during the city’s 12th Street Riot of 1967. After the vice squad raided a black-owned illegal bar, a crowd gathered and — enraged over racial segregation, poverty and clashes with the notoriously aggressive police force — began to throw bottles and set fires. The National Guard was called in, as fires burned for five days; 43 would eventually die.

Headed by John Boyega — a highly visible member of the Black Lives Matter movement — as the real-life Melvin Dismukes, the movie recounts the mock executions several black teens later said officers staged while trying to determine the location of a sniper. It’s a tense examination of the corrupting force of authority and how it can, and has, been used to inflict violence against black communities.

I Am Not Your Negro

Where to watch: For rent on Apple TV; for free on Kanopy or Cineplex.

For both its power and poetry, the Oscar-nominated I am Not Your Negro is an excellent place to start about the history of racism in the U.S. The documentary by Raoul Peck uses an unfinished manuscript by author James Baldwin to explore decades of inequality.

With an uncommonly quiet narration by Samuel L. Jackson, Baldwin speaks about growing up without heroes who looked like him and of leaving the States for Paris, to find a place to live and grow as an artist. But when the civil rights movement called him back, Baldwin returned home to march with his brothers and sisters.

As a black author and gay man, Baldwin never felt fully accepted by American society. At one point he wonders what his future is in the U.S. — how to reconcile with what he describes as “the cruel white majority.”

Peck intertwines Baldwin’s prose with protests, showing the sad commonality of such images: Oakland, Calif., in 1968; Ferguson, Mo., in 2014. Scenes from Minneapolis or outside the White House this week would not be out of place.

Black Panthers: Vanguard of the Revolution

Where to watch: For rent from Apple TV, and purchase from YouTube and Google Play.

Stanley Nelson’s Jr.’s 2015 documentary on the rise and fall of the deeply controversial Black Panther Party draws from interviews with police, politicians and former members. It is polarizing and, like the Panthers, has been critiqued from all sides. Some called it too forgiving, while a former leader labelled it a “condemnable” piece of propaganda for ignoring the group’s complexities.

It’s an appropriate primer about a group too often reduced to caricature. Because, while Black Panthers doesn’t delve deeply into its complicated politics, it does offer an overview of the party and the motivations of activists. Nelson also delves into the fractious leadership of Huey Newton and Eldridge Cleaver and the FBI’s efforts to monitor and manipulate groups at the time.

Where to watch: For free on NFB.ca.

A poetic portrait of a community in the midst of upheaval, Unarmed Verses centres on Francine Valentine, a 12-year-old girl who came with her family to Toronto from Antigua.

Originally, director Charles Officer set out to document the consequences of the redevelopment of the Villaways community. But after spending time with Francine, Officer was taken with her poise and quietude.

With an eye for subtle moments of cinema, Unarmed Verses captures the challenges families such as Valentine’s face. You sense the absence of her mother, see Francine helping her grandmother and caring for her autistic brother. But Unarmed Verses also is about those who take the time to cultivate voices, such as the instructor of the spoken word poetry class who sees her potential. After a lot of encouragement and patience, there’s a moment when Francine puts her words to music that is transformational. Given the space and support, she flourishes.

Where to watch: For free on NFB.ca.

“It seems to me that Canadians are racist, but they like to apologize for being racist,” says Bukka Rennie, a former student of Sir George Williams University, near the beginning of the film, and the breakdown continues from there.

This documentary uses contemporary interviews and archival footage to look at the 1969 student occupation at what is now Concordia University in Montreal. After its premiere at the Toronto International Film Festival it was hailed as one of the best Canadian feature-length films of the year.

The occupation started peacefully after a complaint about the racist treatment of six Caribbean students, but descended into fire and chaos after police tried to forcefully dislodge them. By speaking with people who were there, Ninth Floor examines what went wrong, and outlines a key moment in Canadian history.

The Hate U Give

Where to watch: For rent on Apple TV, Crave, for free from Cineplex.

Starr (Amandla Stenberg) is a teen caught between two worlds — the posh private school where her parents send her and the black community where she lives. One night driving home, she and a friend are pulled over. When a police officer shoots and kills her unarmed friend, the carefully maintained borders between those worlds are shattered.

Based on the novel by Angie Thomas, The Hate U Give captures the double lives of many African-Americans and Canadians. It also captures the pressure they live with. The film sets the tone early, opening with Starr’s father carefully instructing his children how to act in the presence of police. It’s a nuanced look at a young woman trying to navigate the toxic consequences of hate.

Where to watch: For rent on Apple TV; for free on Kanopy.

There are few events as shocking and destructive as the bombing of U.S. citizens by Philadelphia police in 1985, that have garnered as little attention

After years of demonstrations and arrests — including a 1978 shootout that led to the death of one officer, and the police beating a group member who was trying to surrender — members of the back-to-nature, black liberation group MOVE were ordered to leave their home.

Some resisted, a standoff ensued and, in a completely unprecedented move, police dropped a bomb on the house, with the commissioner choosing to let the subsequent fire continue to burn instead of putting it out.

That decision led to the deaths of 11 people, including five children.

The documentary is comprised entirely of archival footage, news coverage and interviews, in what director and producer Jason Osder called “a pure historical pastiche.” That historical nose-dive can make events feel even more present than films that rely on reconstruction and modern-day interviews.