By Toronto News on November 8, 2020Comments Off on Global coronavirus cases surpass 50 million 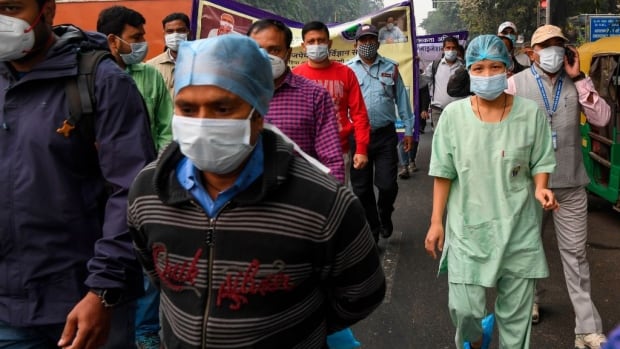 More than 50 million people around the world have tested positive for the novel coronavirus since the first cases of COVID-19 were identified in China last December, according to data from Johns Hopkins University in Maryland.

Infections have been reported in more than 210 countries and territories.

The United States has recorded the most cases of any country, with more than 9.9 million, and has seen more than 237,000 deaths from infections.

India has reported the second-largest number of cases with 8.5 million, and about 126,000 deaths.

Brazil has the third-highest count at 5.6 million, with 162,000 deaths. France and Russia round out the five countries that have been hardest hit by the pandemic.