By Toronto News on June 17, 2020Comments Off on Hal Johnson on how racist treatment inspired him to create Body Break 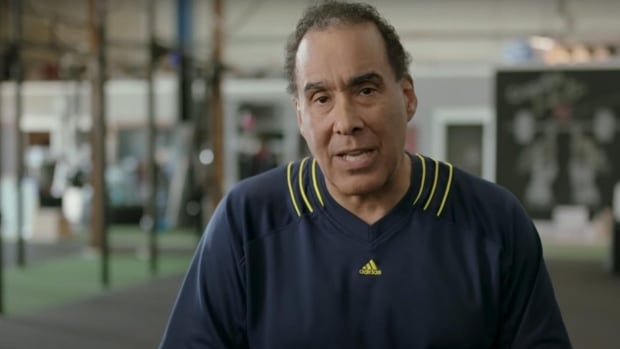 In a four-minute YouTube video posted Monday, Johnson explains the origins of the series, which he has hosted with wife Joanne McLeod for more than 30 years.

He begins the video by revealing how, in June 1988, he was hired by TSN to be a sports reporter. On the same day Johnson found out he’d landed the position, he received another call from the same person saying that he wouldn’t get the job after all.

The reason? Johnson was told TSN executives said the network already had one Black reporter and didn’t want to have two.

TSN, a division of Bell Media, issued an apology via a statement Tuesday afternoon.

“We apologize to Hal Johnson for the racism he experienced at TSN beginning in 1988, a shameful part of our past, and thank him for sharing his story as a reminder of the impact of racism in Canadian media that continues today. We recognize that even 30 years later, there is still much work to do to improve our commitment to on-air and editorial diversity.

Johnson also described participating in a commercial shoot at a Toronto racetrack that same year, when he was joined by two white actors to film a cheering scene.

He says that after their rehearsals, once the crew proceeded to filming the scene, the director asked the white female actor to move so she was sitting beside the white male actor, instead of Johnson. When Johnson asked about the switch afterwards, he says he was told the client didn’t want the white woman to be seen sitting beside a Black man.

“I thought: ‘How can I change things? How can I make that we can all live, work and play together and there won’t be this attitude: white and black and Asians, people with disabilities, male, female — that we can’t all be together?'” he recalls in the video.

Those and other experiences inspired Johnson and McLeod to create Body Break, which he says was initially turned down by dozens of prospective partners. Some told the pair the Canadian public wasn’t ready to see a Black and white couple on television.

Eventually, they found a partner in Participaction, a partially government-funded organization launched to promote healthy living and physical fitness. Their segments became a fixture on Canadian television for years.

“We’re happy to have hopefully given health and fitness tips to Canadians for 32 years, but also enlightened you that we all can live, work and play together, regardless of our ability, disability or skin colour.”