By Toronto News on November 12, 2020Comments Off on New COVID-19 records, restrictions and troubling forecasts across Canada

Alberta is implementing new restrictions in some regions to slow the spread of COVID-19, officials announced Thursday, the same day that hundreds of health-care workers in the province issued an urgent call for action.

“We are at a dangerous juncture in our province,” said Premier Jason Kenney, who made the announcement via teleconference with Health Minister Tyler Shandro and Chief Medical Officer of Health Dr. Deena Hinshaw. Kenney is self-isolating after coming in contact with someone who has tested positive for the virus.

The province also reported 860 new cases and 10 deaths, the most for a single day since the pandemic began. It now has 8,305 active cases, with 225 people in hospital, 51 of whom are in intensive care.

Earlier in the day, a letter signed by hundreds of doctors and three major unions representing health-care workers in Alberta was sent to Kenney that made an explicit call for tighter restrictions, including a suspension of many indoor group activities.

As COVID-19 cases continue to surge across Canada, provinces are implementing the short, sharp “circuit-breaker” lockdowns to fight the spread of the virus and prevent health-care systems from being overwhelmed. 1:58

“We have reached a juncture where only strong and decisive mandatory measures can prevent our hospitals from becoming overwhelmed,” the letter said. It said the province’s testing system is “strained” and contact tracing capacities “have collapsed.”

“We see no other way to break chains of transmission and decrease cases, than to implement a ‘circuit breaker’ of short, strict measures,” the letter said.

In Manitoba, sharp new “code red” COVID-19 restrictions kicked in Thursday morning as the province tries to slow the spread of the novel coronavirus.

The new rules are taking effect as the province reported a record-tying nine COVID-19 deaths and 474 new cases on Thursday. The province’s five-day test positivity rate — a rolling average of the COVID-19 tests that come back positive — is now 11 per cent, another record.

Under the new restrictions, schools will stay open, but everything from non-essential retail to theatres and restaurant dining rooms will be closed.

Chief Provincial Public Health Officer Dr. Brent Roussin, who earlier this week said the province was at a “crossroads in our fight against this pandemic,” urged people to stay home to stop the spread.

In neighbouring Saskatchewan, officials are considering more restrictions, to be announced Friday.

COVID-19 case numbers have been rising in the province, with 111 new cases reported on Thursday. The latest figures put the number of hospitalizations at 49, with 13 in intensive care.

More than 300 doctors have signed a letter calling for that province to do more to fight the coronavirus.

“If more is not done to change our course we are confident that winter will bring overflowing hospitals, cancelled surgeries, overwhelmed health-care providers and needless death,” the letter said.

As of 7:15 p.m. ET on Thursday, provinces and territories in Canada had reported a cumulative total of 282,578 confirmed or presumptive coronavirus cases. Provinces and territories listed 226,775 cases as recovered or resolved. A CBC News tally of deaths based on provincial reports, regional health information and CBC’s reporting stood at 10,768.

British Columbia on Thursday announced 1,130 new COVID-19 cases over a 48-hour period (the province did not provide an update on Wednesday), as well as four more deaths.

Officials also presented new epidemiological modelling that showed COVID-19 cases in B.C. are doubling every 13 days, with cases intensely focused in the Vancouver Coastal Health and Fraser Health regions over the past two weeks.

Quebec Premier François Legault said on Thursday schools might have to close this winter, extending the holiday break in an effort to curb the spread of COVID-19.

The premier said students in 1,174 classes have been sent home due to positive cases — 324 of those in the last two days — and it is clear schools are a vector for the virus in the province.

Legault said it is a last-resort solution and no final decision has been made.

WATCH | How businesses and schools are dealing with airborne COVID-19: 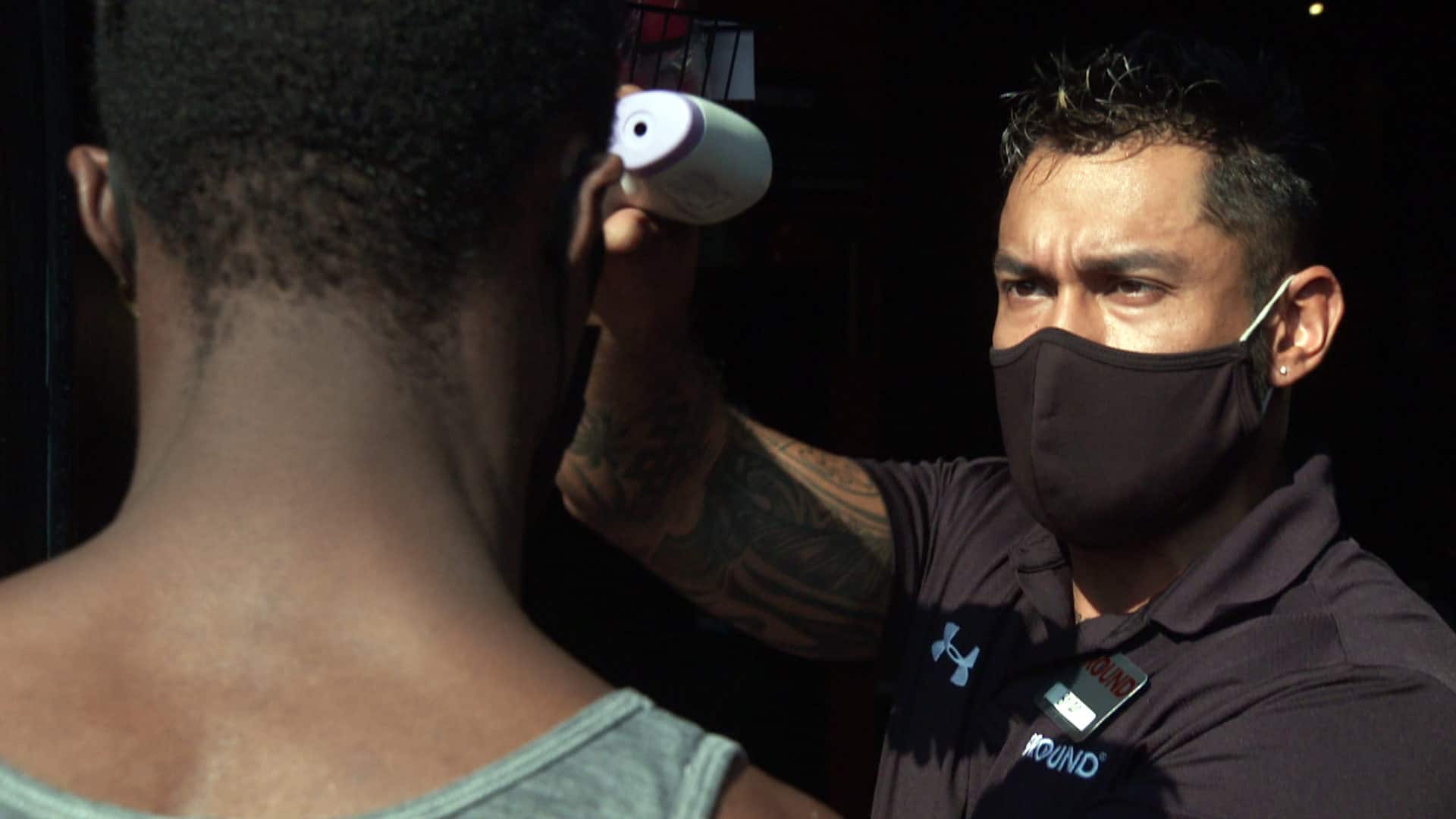 As aerosol transmission of COVID-19 becomes more widely acknowledged, schools and businesses are looking for new ventilation solutions to guard against it. 8:00

Quebec on Thursday reported 1,365 new cases of COVID-19 and 42 more deaths, including nine reported to have occurred in the past 24 hours. The province reported 583 hospitalizations with 86 in intensive care.

No province in Canada has seen more COVID-19 cases than Quebec, which has seen a cumulative total of nearly 120,000 cases and 6,557 deaths.

Also on Thursday, the province announced it will spend an additional $ 600 million this year as part of a colossal effort to revive the COVID-battered economy, including $ 70 million for hard-hit business and nearly $ 250 million for retraining workers. That is on top of the $ 9.6 billion the government has already set aside for economic and financial support in 2020-21.

There were 431 people in hospital with 98 in intensive care, according to a provincial dashboard.

“If we keep increasing at such a fast rate, we are looking at overwhelming health-care resources,” she said, adding that health-care workers are struggling and at risk of burnout.

In a Thursday news conference, Premier Doug Ford called the rising numbers “alarming” but said the province is doing everything it can to avoid a “complete lockdown.” 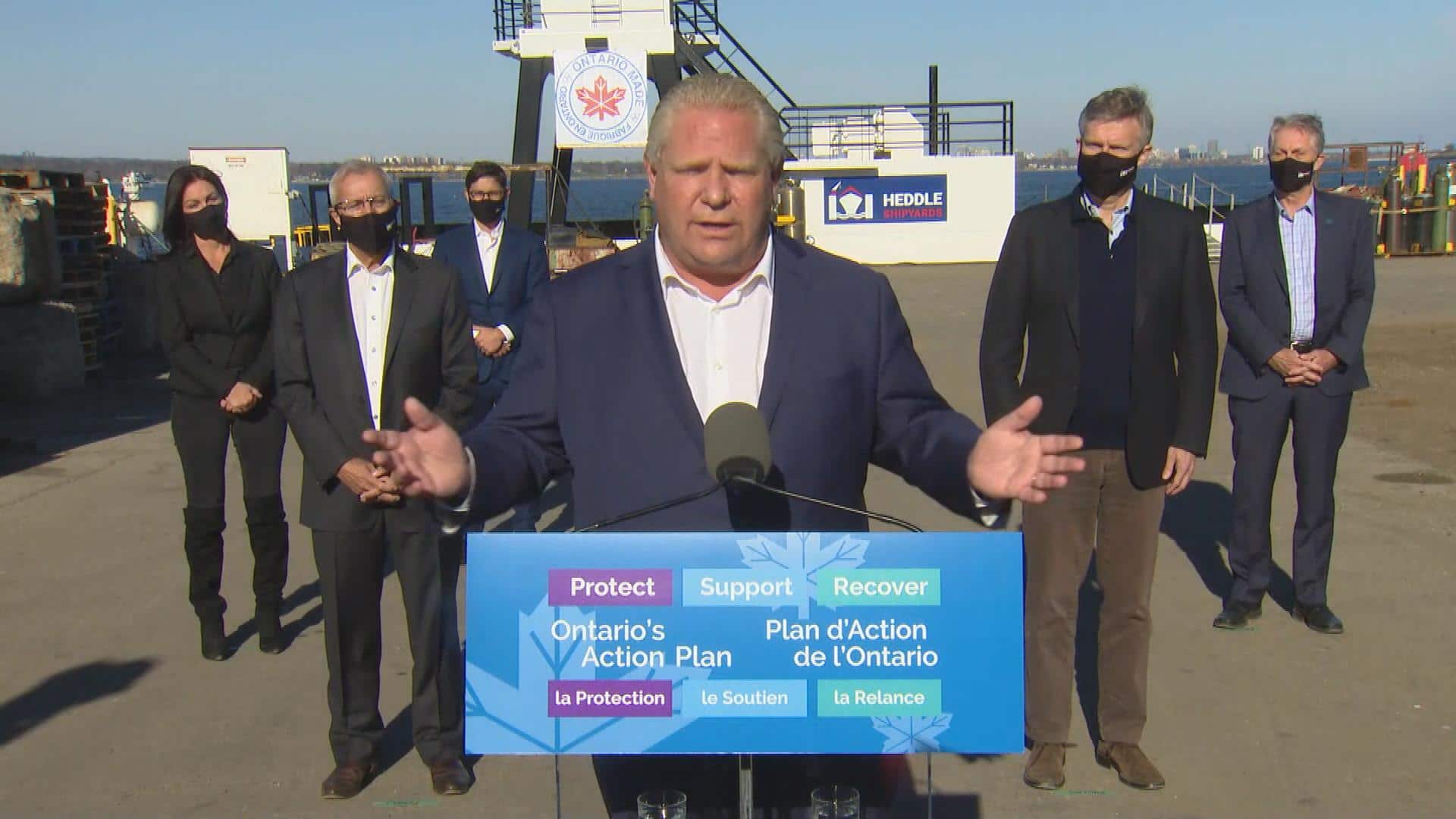 Ontario Premier Doug Ford rejected the idea of shutting down the whole province, saying the province is weighing the impacts on mental health and sticking with a balanced approach to fighting COVID-19.   0:55

In Atlantic Canada, New Brunswick reported one new case of COVID-19 on Thursday, while Nova Scotia and Newfoundland and Labrador reported no new cases.

Prince Edward Island has not reported any new cases on Thursday. The province reported one new case on Wednesday, which health officials said involved a rotational worker who had travelled outside Atlantic Canada.

In the North, Yukon confirmed one new COVID-19 case on Thursday. The new case, in Whitehorse, brings the territory’s total number of cases since the start of the pandemic to 24.

What’s happening around the world

From The Associated Press and Reuters and CBC News, last updated at 8:20 p.m. ET

More than 52.5 million cases of COVID-19 have been reported around the world with nearly 34 million of those listed as recovered, according to a Johns Hopkins University case-tracking tool. The worldwide death toll stands at more than 1,290,000, the university reported.

In Africa, the top public health official says the continent has seen an average eight per cent rise in new coronavirus cases over the past month as infections creep up again in parts of the region of 1.3 billion people.

John Nkengasong, director of the Africa Centres for Disease Control and Prevention, said “we expected it to happen,” and warned that when the virus comes back for a second wave, “it seems to come back with a lot of full force.” The African continent is approaching two million confirmed cases, including more than 45,000 deaths.

Nkengasong said that “we are at a critical point in the response,” and again urged governments and citizens to follow public health measures. Testing across Africa remains a challenge, with 19 million tests conducted so far. Countries with the highest increase of cases in the past week include Congo at 37 per cent, Kenya at 34 per cent and Nigeria at 17 per cent.

In the Americas, Argentine President Alberto Fernandez and several of his ministers began preventative isolation after coming in close contact with an official infected with coronavirus.

Meanwhile, in the United States, Donald Trump’s campaign advisor Corey Lewandowski has become the latest in the president’s circle to test positive for the coronavirus.

Lewandowski recently travelled to Pennsylvania to assist Trump’s efforts to contest the state’s election results. He said Thursday he believes he was infected in Philadelphia and is not experiencing any symptoms.

California on Thursday became the second state to record one million confirmed coronavirus infections, after Texas reached the mark earlier this week. This week, 11 counties had rates high enough that state restrictions were re-imposed on certain businesses and activities.

Chicago has issued new COVID-19 restrictions, including limiting social gatherings to 10 people, in hopes of combatting a surge in cases ahead of the Thanksgiving holiday. The city is now averaging roughly 1,900 daily cases, up from 500 a month ago.

Minnesota’s largest school district will close its elementary schools because the coronavirus is leaving it short on staff and bus drivers. The Anoka-Hennepin district will transition to remote learning. Elementary students have been attending in-person classes two days a week since Sept. 15.

In the Middle East, hundreds of disillusioned doctors are leaving Lebanon amid falling wages and shortages of equipment, staff and even some basic supplies in hospitals as the country runs out of hard currency to pay for imports.

Emirates Group, the owner of the Middle East’s biggest air carrier, reported Thursday it lost $ 3.8 billion in the first half of the year, its first net loss in over three decades after the pandemic wiped out air travel.

Pfizer and BioNTech say they have reached a deal to supply eight million doses of their new coronavirus vaccine to Israel next year. The vaccines, which are administered in two doses, would be enough to treat almost half of Israel’s nine million people.

The two companies said this week, based on early and incomplete test results, their COVID-19 vaccine may be 90 per cent effective.

WATCH | What Pfizer’s vaccine trial means for the pandemic:

Infectious disease doctors answer questions about the COVID-19 pandemic and what the announcement by Pfizer about its early results from its vaccine means. 6:07

In Europe, Ukraine’s President Volodymyr Zelensky has been hospitalized after testing positive for the novel virus. Spokesperson Iuliia Mendel told The Associated Press his symptoms remain mild and there is “nothing serious” in his condition. Zelensky disclosed Monday that he had contracted the virus.

Mendel said he was moved to a hospital in Kyiv because “there are better conditions for self-isolation and care for coronavirus patients.”

Zelensky’s chief of staff, defence minister and finance minister have been diagnosed with COVID-19.

On Wednesday, Ukraine’s government ordered non-essential businesses to shut down on weekends to stem the rapid growth of the outbreak.

Health officials reported another record 11,057 coronavirus cases on Thursday. Ukraine has reported a total of 500,865 confirmed cases and 9,145 deaths.

Britain hit a new daily high of 33,470 confirmed coronavirus cases on Thursday, which pushed the total number of cases in the U.K. to nearly 1.3 million. The government has imposed a one-month national lockdown on England through Dec. 2. 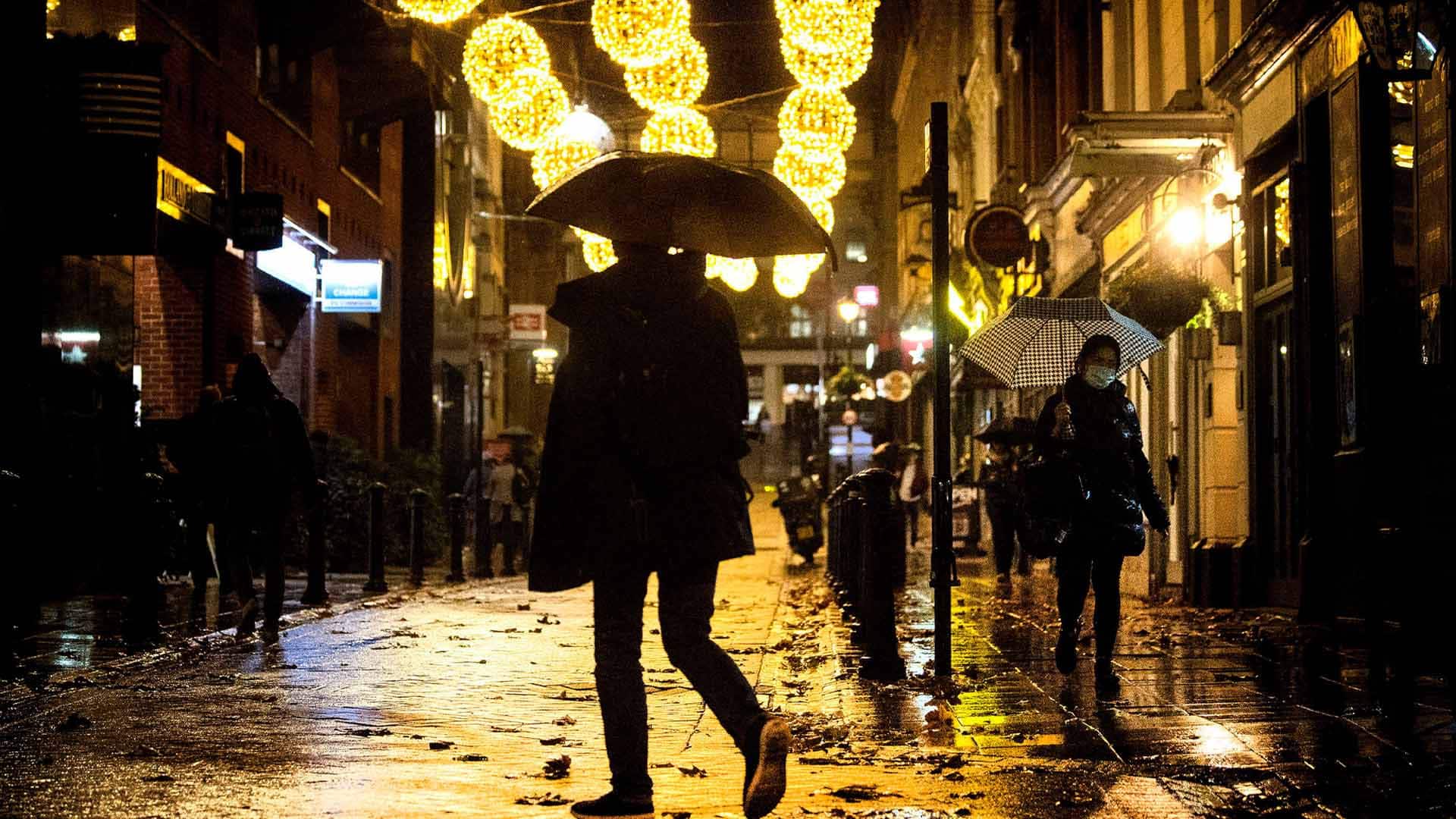 England’s latest national lockdown has been full of confusing, messy political decisions that come as the country grapples with rising COVID-19 deaths and reaches the grim milestone of 50,000 dead. 2:59

Dozens of hospital workers have held protests at hospitals in Greece, demanding more medical staff be hired as the country struggles to contain a resurgence of the coronavirus that has led to a new lockdown being imposed.

France’s prime minister said now is not the time to relax COVID-19 measures, a day after the country’s total reported cases overtook Russia to become the worst-affected country in Europe.

Moscow’s mayor said city authorities were expecting cases to increase and that the situation with hospital beds could remain critical for some time, TASS news agency reported.

In the Asia-Pacific region, India has reported 47,905 new cases of coronavirus infection with New Delhi setting another daily record Thursday.

The surge of 8,593 cases in the nation’s capital is the highest for any major Indian city and comes as people crowd shopping areas ahead of Diwali, the Hindu festival of lights, on Saturday.

Deaths, too, are climbing again, with 85 in New Delhi in the past 24 hours. Deaths are a lagging indicator of the impact of the virus, due to long periods of illness and medical treatment.

Japan reported record new infections, while Tokyo Olympics organizers said athletes arriving for the Games will not have to isolate for 14 days.