By Toronto News on July 20, 2020Comments Off on Scheer says Liberal MPs signalling they're OK with 'corruption' if they don't demand Trudeau's resignation 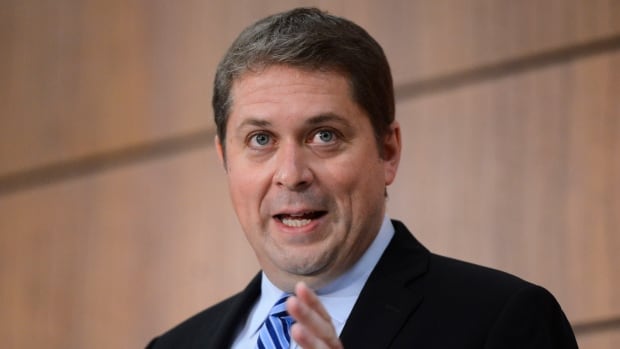 Scheer said that if Liberal backbenchers don’t call for Trudeau’s departure now, they’ll be complicit in his alleged “corruption.”

“If they allow him to continue, if they don’t demand that he resign, then they are telling Canadians that they are comfortable with his corruption,” Scheer told reporters during a press conference on Parliament Hill.

“Each and every one of them has a choice to make,” he said of Liberal MPs.

Scheer said the Liberal backbench should be demanding that Trudeau explain why he approved such a large contract (a “contribution agreement,” according to the public service) with a charity that had been paying his family members.

Trudeau has apologized for not recusing himself from cabinet talks about the WE Charity deal after it was revealed his mother and brother received some $ 300,000 in speaking fees from the group.

Finance Minister Bill Morneau also has said he made a mistake by participating in those talks when his daughter works for the charity in its travel department.

According to his official itinerary, Trudeau took a “personal” day.

“He chose the date in which the House of Commons would reconvene and he’s not showing up for work today,” Scheer said.

Pressed on the WE contract, Freeland said it was the non-partisan public service that recommended WE as program administrator because the charity has the nationwide reach to pair students with volunteer opportunities. She conceded the program’s rollout has been problematic.

Rachel Wernick, a senior bureaucrat with Employment and Social Development Canada, said last week she recommended WE for the job after one of its co-founders, Craig Kielburger, presented her with a grants plan the day the PM announced a substantial aid package for out-of-work students.

“Obviously, the way this unfolded was regrettable, and that is why the charity is no longer administering the project,” Freeland said.

Asked if Trudeau would appear before the finance committee to testify about his role in this affair, Freeland said “we are cooperating as we ought to.”

Scheer’s comments about “corruption” came after Liberal MPs filibustered the House of Commons ethics committee meeting last Friday with 30-minute long monologues on various topics — their personal resumes, democracy, ancient Greece, French political theory and the virtues of the University of Sherbrooke, among others — that pushed the committee meeting’s duration well past its scheduled end time.

Liberal MP Greg Fergus then moved to adjourn the committee before there could be a vote on an ethics probe.

Scheer said he hopes the MPs behind the filibuster are punished by their constituents at the ballot box during the next federal election. He said their behaviour was “shameful.”

“We’re going to appeal to Canadians to put pressure on Liberal MPs to do the right thing,” Scheer said.

During a members’ statement in the Commons, Conservative MP Cheryl Gallant called Trudeau the “most corrupt prime minister in the history of Canada.”

“Three strikes and you’re out. That’s what my constituents are saying,” Gallant said, referring to past reports from the ethics commissioner that found Trudeau had contravened the ethics code — once by vacationing on the Aga Khan’s private island and once again during the SNC-Lavalin scandal.

The Commons is today debating a new piece of government legislation, C-20. If adopted, the bill will make changes to the federal wage subsidy program and send one-time payments to disabled Canadians.

The legislation has the support of the Bloc Québécois but Scheer said he’s concerned that the Liberals’ tweaks to the wage subsidy have made the program too “complex.”