Trudeau will testify on WE controversy, PMO says

By Toronto News on July 22, 2020Comments Off on Trudeau will testify on WE controversy, PMO says 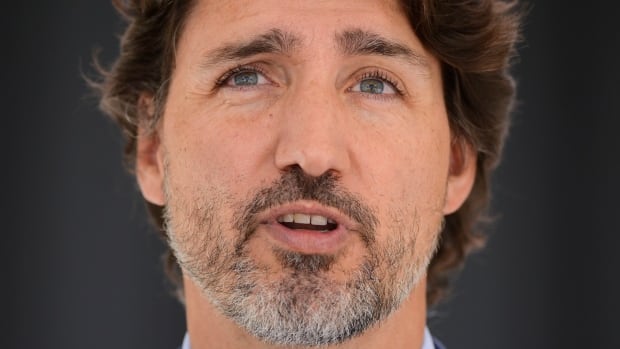 Prime Minister Justin Trudeau has accepted an invitation to testify before the Commons Finance Committee about a controversial agreement to have the WE organization run the government’s $ 900-million student volunteer grant program, the Prime Minister’s Office says.

The PMO said arrangements still have to be made to set the date and time for Trudeau’s appearance.

The finance committee heard today from Finance Minister Bill Morneau, who admitted that he repaid $ 41,000 in travel expenses the organization had covered for two trips he and his family took in 2017.

Trudeau’s close adviser, Katie Telford, also has agreed to testify at the finance committee on a date to be determined.

Separately, the Commons Ethics Committee is meeting right now to decide whether to launch its own probe into the WE Charity scandal.

Last month, Trudeau announced that WE Charity would administer the Canada Student Service Grant, which would provide eligible students with grants of up to $ 5,000. The grants were intended to help students cover the cost of post-secondary education in the fall.

The contract awarded to WE Charity to run the program was set up as a contribution agreement between WE Charity and the government and not through a competitive process. It has since been dissolved.

Trouble from the start

Initially, the federal government said WE Charity would get $ 19.5 million, with $ 5 million of that going toward not-for-profits to help them with administration costs. The first payment to WE Charity was intended to create 20,000 volunteer placements.

Minister of Diversity and Inclusion and Youth Bardish Chagger told a parliamentary committee last week that an additional $ 10.5 million would have been made available to WE to help smaller not-for-profits participate in the program, and another $ 13.53 million would have been given to WE to create an additional 20,000 volunteer placements, if necessary — raising the value of the contribution agreement to $ 43.53 million.

Shortly after it was announced that WE Charity would be running the program, the Liberal government came under fire from opposition parties over the Trudeau family’s close relationship with the organization.

Trudeau and his mother, Margaret, have appeared at a number of WE Day events, while Trudeau’s wife, Sophie Grégoire Trudeau, hosts a podcast for the group called “WE Well-being.”

Initially, WE Charity said members of the Trudeau family were not paid for appearing at WE events, although Sophie Grégoire Trudeau had been reimbursed for travel expenses.

On July 9, it emerged that Trudeau’s mother Margaret was paid approximately $ 250,000 for speaking at 28 events, while his brother Alexandre spoke at eight events and received about $ 32,000.

Earlier in July, Conflict of Interest and Ethics Commissioner Mario Dion announced that he was launching an investigation into Trudeau over the government’s decision to task the WE Charity with administering the summer student grant program.

Dion said he will be investigating Trudeau under subsection 6(1) of the Conflict of Interest and Ethics Act, which prohibits public office holders from making decisions that further their own private interests or the interests of another person.

Trudeau also is being investigated under sections 7 and 21 of the Act, which deal with giving someone preferential treatment and failing to recuse from a conflict of interest.

A few days after CBC News reported the details of the payments made to Trudeau’s mother and brother, the prime minister said he was sorry for not recusing himself from cabinet discussions about WE Charity given his family’s close personal ties to the organization.

“I made a mistake in not recusing myself. I am sorry,” Trudeau told reporters.